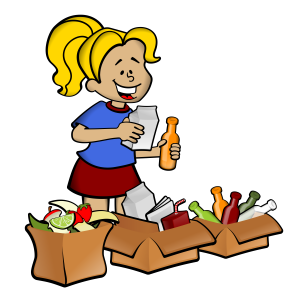 The Enviro Station accepts hazardous waste from residents of Winston-Salem and Forsyth County free of charge. It is open from 9 a.m. to 2 p.m. Tuesday through Friday and 9 a.m. to noon on Saturday, except holidays.

They also take fluorescent light bulb tubes, televisions — limit two a year for each household — and electronic waste such as old computers, microwave ovens and so on. A full list of items 3RC can take can be found atwww.cityofws.org/departments/sanitation/collections/recycle-today/3rc-hazardous-waste.

Another option for disposing of fluorescent light bulb tubes is Batteries Plus Bulbs at 636 S. Stratford Road, which can take tubes up to four feet long for recycling for a 95 cent charge for each tube, but can not take longer tubes. They can also recycle regular compact fluorescent bulbs for 66 cents each.

Q: Were there monetary repercussions for the artists who canceled their shows in North Carolina because of HB2 at the last minute? Some physicians will charge you $50 if you cancel an appointment less than 24 hours in advance.

Answer: Exactly how this would be handled varies on a case-by-case basis, and the details of contracts are often not made public.

“In the case of concerts by Bruce Springsteen and Boston, the Greensboro Coliseum does not carry the contract with the artists, but rather with a third party concert promoter that is a regular facility user and promoter of events regionally and nationally with those same artists,” said Andrew Brown, the public relations manager for the Greensboro Coliseum Complex. “The promoter executes the contract with the artist, which may or may not include any financial penalties for canceled dates.”

In the case of Cirque du Soleil, he said, “the coliseum has a contract with that organization and we are working with Cirque to recover out of pocket expenses from their Greensboro engagement.

“The ultimate objective in all cases would be to have the shows play in Greensboro in the future.”

What would it be like to live without plastic? How much waste could we keep out of landfills, waterways and oceans if we all refused single-use … END_OF_DOCUMENT_TOKEN_TO_BE_REPLACED