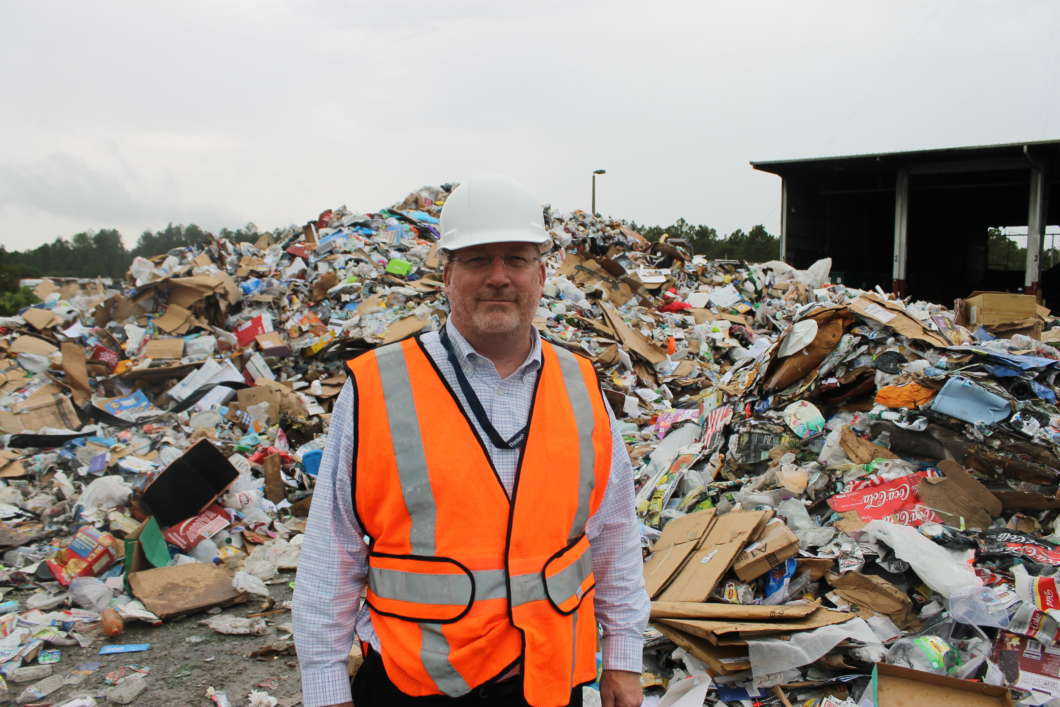 Sometimes efforts to recycle can do the opposite of helping the environment when people try to recycle the wrong things.

Staff at the Orange County’s MRF (Materials Recycling Facility) have seen everything from baby strollers to the entire front-end of a BMW in the recycling.

David Reed, who works for Waste Management, does a visual inspection of each load to determine if it’s fit to ship out to the recycling factory. So what became of the front-end of that BMW?

“Unfortunately, it rejected a load and we had to notify Orange County and they dealt with it from there,” Reed says.

David Gregory, Orange County’s solid waste manager, identifies “which loads come in that are suitable for further processing and which ones we’re simply not able to process.”

The biggest offenders are plastic bags, which gum up the machines that sort out different materials.

“There are only five things that should go into that recycling bin: plastic bottles and containers, steel and aluminum cans, glass jars and bottles, clean cardboard and clean paper,” Gregory says.

With recycling costs rising, Orange County is making an effort to educate residents through a six-week pilot program called “Think Five” on what is and isn’t recyclable by tagging bins with blue tags of approval or red tags to alert residents to try again.

“China used to be the world’s largest inbound recipient of recyclable material. They took 25 percent of the world’s material including over 50 percent of the paper and plastics that we were recycling here in the United States as with Western Europe,” McCormick says. “China is trying to clean up its environment and it’s put very severe restrictions.”

Professor Fazal T. Najafi, engineering professor at UF, says “the issue of plastic is a very big one.” He says California “has really been doing great” in relation to the plastic problem.

“Like the oil spill contingency plan, they also have a plastic contingency plan around the area and they are doing cleaning. I think that’s sort of phenomenal from California’s point of view,” Najafi says.

McCormick says “these are challenging times” when it comes to recycling.

“We really need our residents in Florida and elsewhere to do the right thing and get back to the basics of recycling,” McCormick says.

What would it be like to live without plastic? How much waste could we keep out of landfills, waterways and oceans if we all refused single-use … END_OF_DOCUMENT_TOKEN_TO_BE_REPLACED