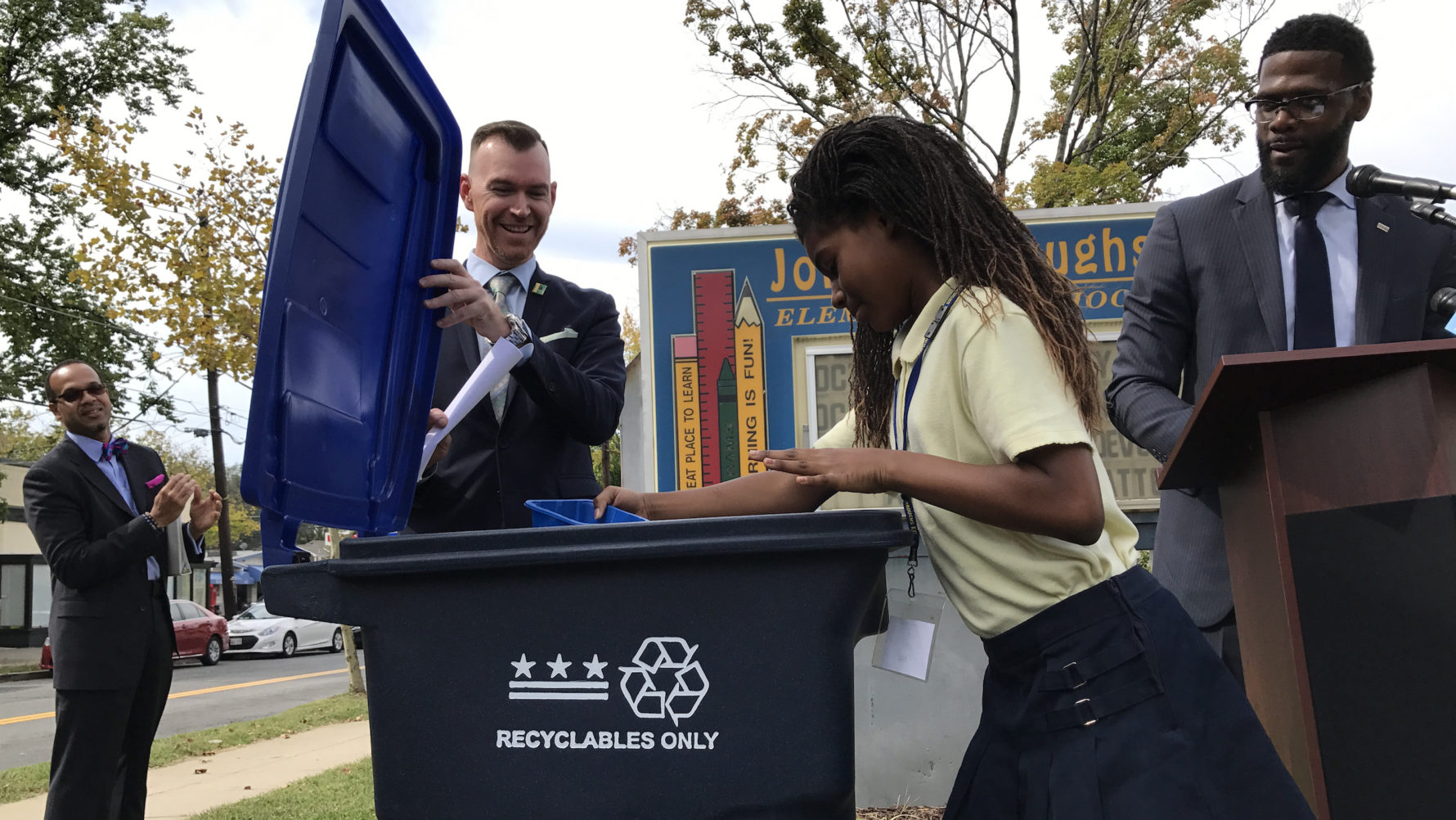 District officials announced today that they are expanding the list of what can be tossed in the blue recycling bin. The are also simplifying recycling by requiring businesses, schools and apartment and condo buildings to all accept the same list of recyclables, starting Jan/ 1, 2018. The changes go into effect immediately for residences served by District Department of Public Works trash collectors.

The District Department of Public Works (DPW) will now accept the following:

The changes are part of a larger District effort to reduce the amount of waste that ends up in the landfill or incinerator. Under a 2014 law, D.C. lawmakers set a goal of recycling or composting 80 percent of the waste generated in the city by 2032.

Christopher Shorter, the director of DPW, says that 80 percent target is actually just an interim goal. Long term, he envisions a zero-waste city.

“Imagine a day when Washington D.C. has no waste,” he said. “Instead of sending items we dispose of to a pile in landfills and to burn in incinerators, we use reuse them, we recycle them, we compost them.”

Expanding the list of what you can recycle is one step toward that, and so is making recycling easier and simpler. Dan Guilbeault, with the Department of Energy and Environment said one of the top questions he gets is “What can I recycle?”

For years, the answer was: “It depends. Where are you, are you in a business, are you in a home, how big is the home? Is it more than four units in it?” Guilbeault said.

Now, with one recyclables list for everyone, including commercial recyclers, the answer is much simpler.

“The whole ‘it depends’ answer is a pretty frustrating experience for everyone,” Guilbeault added.

The District also launched a new website to answer all the burning questions about recycling.

Many of the Maryland and Virginia suburbs already recycle a similar list of items, including pizza boxes. But each county and jurisdiction is slightly different, so double check before you toss.

What would it be like to live without plastic? How much waste could we keep out of landfills, waterways and oceans if we all refused single-use … END_OF_DOCUMENT_TOKEN_TO_BE_REPLACED