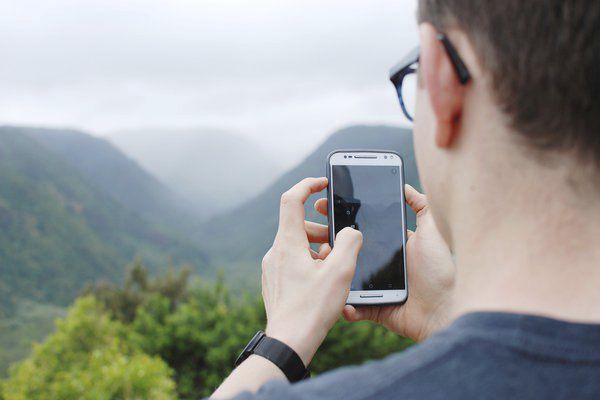 In just a few weeks we’ll start hearing the buzz around the new smartphones being released during the second half of the year. Rumored releases include the Google Pixel 2, Apple iPhone 8, HTC 11 and the Samsung Galaxy Note 8. There are even newcomers on the market like the Purism which is focused on security and privacy, and the Essential phone, focused on simplicity and craftsmanship, planning to release their phones next year.

With so many different types of smartphones on the market today, I’ve been hard pressed to find someone with a flip phone. A 2016 Pew Research Center survey found that 77 percent of respondents owned a smartphone. And now, a year later it’s at 80 percent with no signs of slowing down. The last decade has shown incredible growth in smartphone usage, considering that it was just 3 percent in 2006, according to comScore’s MobiLens report. Apparently, they’re here to stay.

If you’ve owned a smartphone for several years, you may have initially purchased one through your phone carrier like AT&T, Verizon or Sprint. Several carriers offered customers affordable programs to buy a new phone with a deposit, then monthly installments. After two years, customers would have paid off the phone and be ready to buy a new one. The old phone would be left in a drawer at home, or ideally, refurbished or recycled.

Getting a new phone every two years was satisfactory for some, but for those wanting the latest and greatest phone, yearly updates were a must. Today some carriers offer programs so customers can lease their phones and upgrade yearly. Their old phones are returned to the carrier, then refurbished and sold as affordable phones for other customers. Refurbished phones, however, are only a small part of the millions and millions of smartphones that are discarded, replaced and abandoned every year.

Smartphones, as small as they are, do have a significant impact on the environment. According to the U.S. Environmental Protection Agency’s infographic “The Secret Life of a Smart Phone,” which was released in late 2015, “to make smartphones, manufacturers use precious raw materials that must be extracted and processed, and consume natural resources and energy that can affect our air, land and water — as well as plants and animals.”

Your phone is made up of glass, plastic, copper, gold, lead, silver and other precious hard-to-find materials. Gold, for example, needs to be mined, refined, processed and transported to a factory before it begins to be formed into an important piece of a phone. The EPA estimates that for every million smartphones recycled, 75 pounds of gold, 772 pounds of silver and 35,274 pounds of copper are recovered.

Both selling and recycling are great things to do with used smartphones. But an even better option is to make your current phone last longer and not replace it right away. Just think about it. Is it really necessary to replace a phone after just one year only to gain one megapixel in camera quality? Or to benefit from a slightly faster processor? Or to gain battery life that is better by a mere 30 minutes compared to the last model?

Lately, the hardware updates haven’t been very significant. And, when you consider that a slightly older phone can probably get the latest operating system upgrade anyway, getting rid of it isn’t as appealing. To keep your phone in tip-top shape, delete files and apps you don’t use, download photos often and if your particular model allows it, add extra storage like an SD card. Keep your phone clean, and secure it in a case to avoid damage to the screen.

Eventually, you’ll need to repair a broken screen or replace a battery to keep your smartphone running. You can either take it to a local repair shop for cellphones and electronics, or if you prefer, repair it yourself. A quick visit to iFixit at www.ifixit.com will show a large selection of free repair guides for smartphones of all types, and the ability to purchase tools you may need to make repairs at home. Repairing your device will be much cheaper than buying a whole new phone.

If you just have to have the latest and greatest, take a moment to consider repairability. If your new phone does need a new battery, how easy is it to replace? iFixit offers a smartphone repairability score that rates how easy it is to fix some of the more popular models available. For example, the HTC One released in 2013 scored the worst since it was virtually impossible to open without damaging the case, and the battery was difficult to access.

Next time you get a phone, think smart. You’ll save yourself some cash and help conserve natural resources.

What would it be like to live without plastic? How much waste could we keep out of landfills, waterways and oceans if we all refused single-use … END_OF_DOCUMENT_TOKEN_TO_BE_REPLACED