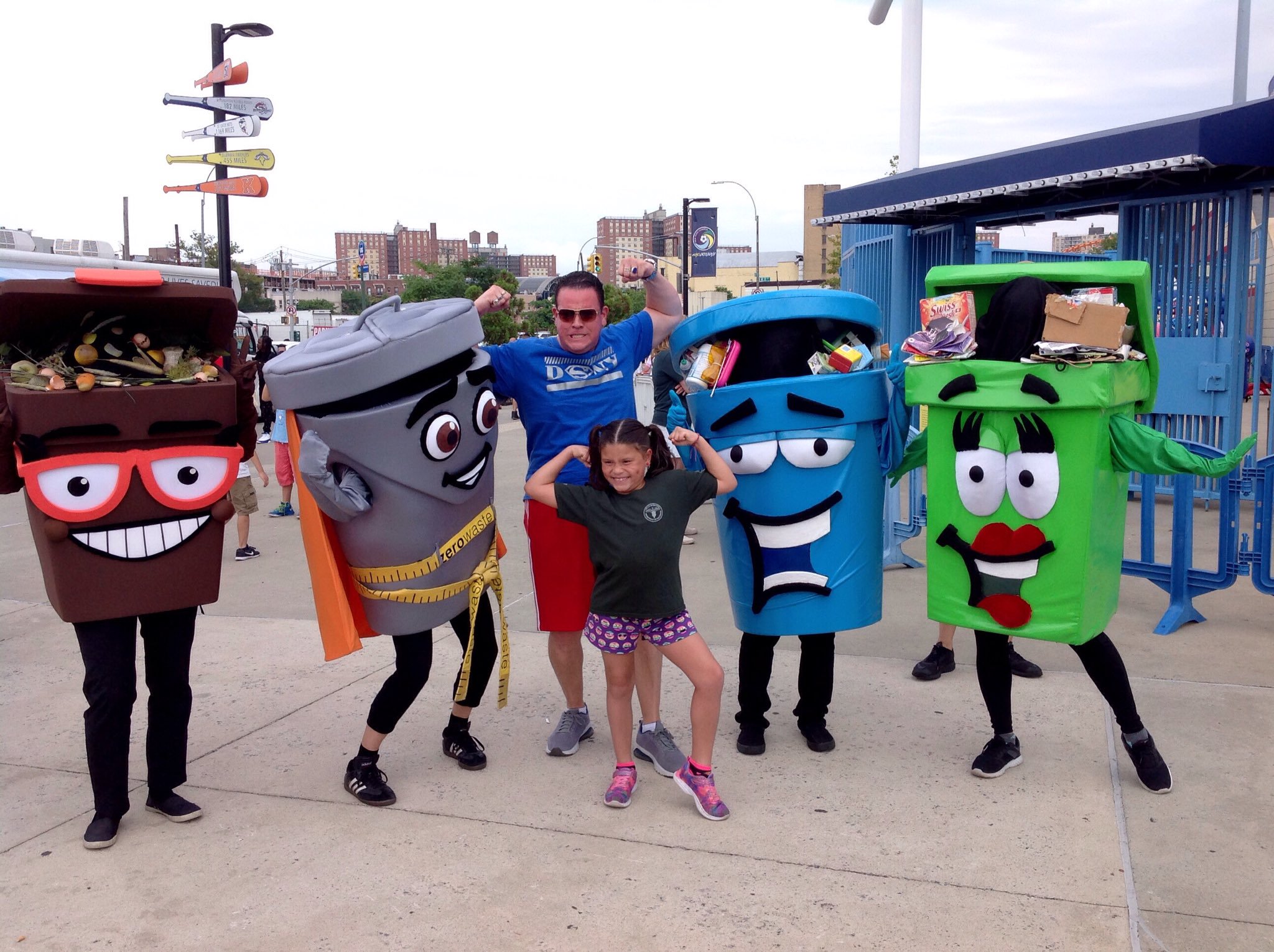 When DSNY isn’t engaging with the New York community at food waste fairs or anti-litter basketball campaigns, it’s making appearances at various school and sporting events with the help of its four waste and recycling mascots. The oldest of the group, the “waste watcher” trash can, has been around since the late ’80s. Since then, the blue and green bins were developed to represent metal, glass, plastic and paper recycling programs, and the brown bin was most recently added to promote the city’s organics recycling program. While none of the bins have names, the city hopes to host a naming competition in the near future.

What would it be like to live without plastic? How much waste could we keep out of landfills, waterways and oceans if we all refused single-use … END_OF_DOCUMENT_TOKEN_TO_BE_REPLACED