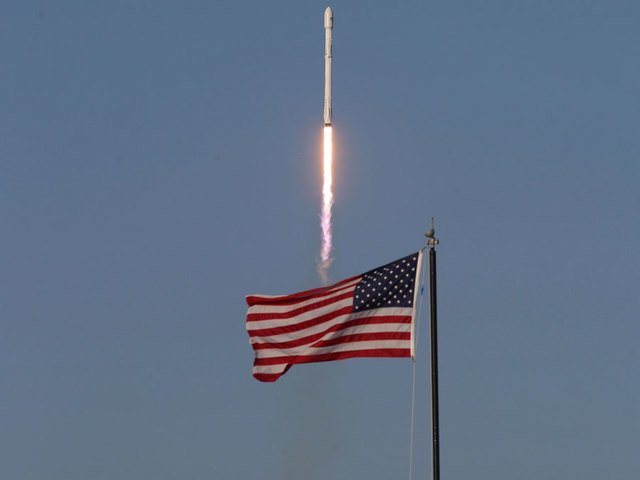 SpaceX has made history by launching a resupply mission to the ISS using mostly reusable technology. This is a major vote of confidence from NASA, which will evaluate using reusable tech in a case by case basis.
VOTE OF CONFIDENCE

Today is a monumental day in SpaceX’s history. For the first time ever, the spaceflight company flew a mission using mostly refurbished technology. This is no test mission either. The CRS-13 is an important resupply mission to the International Space Station (ISS), meaning NASA has just cast a major vote of confidence in SpaceX’s reusable technology.

The location of the launch is significant too. The mission took off from Launch Complex 40 at Cape Canaveral Air Force Station, the site of the September 2016 Falcon 9 explosion. The first mission launched from the site since the disaster, it’s a sign of healing and progress for Elon Musk’s space giant.

SpaceX reused a Falcon 9 rocket that took a previous trip to the ISS and a previously launched Dragon cargo capsule to reduce costs. This is the first time the company flew both a used rocket and a used Dragon capsule on the same launch. You can watch it below.

The capsule is bringing more than 2,000 kg (4,800 lb) of cargo to the ISS. The cargo consists of both supplies for the station and research gear for its crew. Among the new supplies is a pair of sensors to monitor both the amount of space junk surrounding the station and to measure how much sunlight reaches the Earth.

The launch marks an important step for SpaceX, both in its ability to learn from its past mistakes and also to prove itself capable of operating at new levels of reusability. Now that this launch pad is back in action, the company can look towards launching its next rocket, the Falcon Heavy.

This article will be updated as more information becomes available.

Keeping space clean from orbiting junk, waste, and garbage while driving innovation to meet the emerging needs of waste management and recycling in space development! http://www.spacewastesolutions.com

What would it be like to live without plastic? How much waste could we keep out of landfills, waterways and oceans if we all refused single-use … END_OF_DOCUMENT_TOKEN_TO_BE_REPLACED