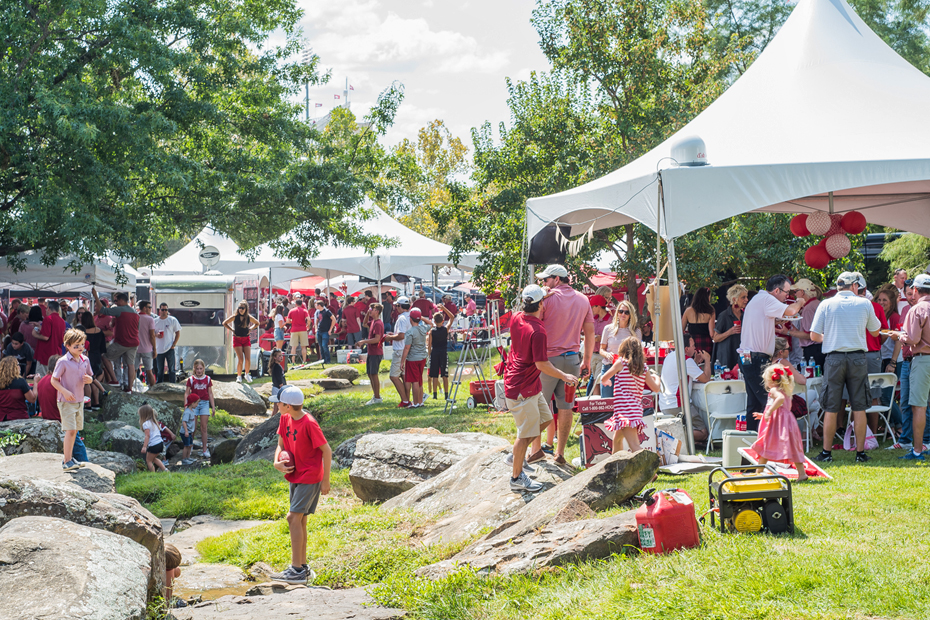 FAYETTEVILLE, Ark. –Razorback fans will be asked to help the University of Arkansas score big in the Environmental Protection Agency’s (EPA) Game Day Challenge on Saturday, October 21 at Donald W. Reynolds Razorback Stadium. The Game Day Challenge is a friendly competition nearly 100 colleges and universities to promote waste reduction at their football games.

The University of Arkansas will be competing in the competition in conjunction with Saturday’s game against the Auburn Tigers. Kickoff at Donald W. Reynolds Razorback Stadium is set for either 6:15 or 6:30 p.m. CT.

The GameDay Recycling Challenge is a nationwide competition among universities to reduce and recycle the waste generated at home football games. During each competition cycle, participating schools report recycling, compost and attendance data for at least one home football game. In 2016, 79 schools rallied fans to recycle and compost an impressive 2.7 million pounds of bottles, cans, paper, cardboard and food organics from football stadiums and tailgating areas while also raising awareness and inspiring action around waste reduction.

The Razorbacks have teamed up with Boston Mountain Solid Waste District and the University of Arkansas’ Office of Sustainability to help make the challenge a success. As part of the competition, blue recycling bags will be distributed to tailgaters. Razorback fans and tailgaters are encouraged to throw their recyclable waste in recycle bins located in Donald W. Reynolds Razorback Stadium, as well as parking lots and tailgating areas on campus. A 10-foot trailer will be located at The Gardens while a trailer will also be located at Victory Village North, just north of the stadium and near the Tyson Poultry Science Center.

The goal for this year’s challenge is to obtain a 90 percent diversion rate and rank in the top five of the competition. In 2016, Arkansas ranked No. 1 in the SEC and seventh nationally in diversion rate, the process of diverting waste from landfills.  Arkansas also finished second in the SEC and third in the nation in total recycling for the 2016 season with 53,950 pounds of recycled materials. In addition, Arkansas ranked second in the SEC in recycling per capita (.715) and greenhouse gas reduction per capita (.001057) and third in organics reduction per capita (.017) for the 2016 Alabama game.

Efforts will help Razorback Athletics in the 2017 Game Day Challenge and further support the University of Arkansas’ recycling and sustainability programs.

This will be the seventh year that the University of Arkansas has competed in the challenge that encourages students and fans to go “green” and recycle waste during a selected football game. Schools track and report waste reductions and disposal data that are used to rank the schools in five categories including: least amount of waste generated, highest recycling rate, greatest greenhouse gas reductions, and highest organic reduction rate and highest diversion rate (a combination of trash, recycling, and composting data).  Schools report their data to the EPA and the winning schools are announced at a later date.

What would it be like to live without plastic? How much waste could we keep out of landfills, waterways and oceans if we all refused single-use … END_OF_DOCUMENT_TOKEN_TO_BE_REPLACED