According to an EPA estimate in 2012, Americans create roughly 251 million tons of garbage each year 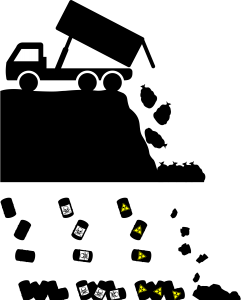 Of that waste, almost 87 million tons were recycled or composted. While this works out to a recycle rate of 34.5% it still falls behind many of our global neighbors and continues to result in millions of tons of waste filling dumps and landfills each year. There are many small changes each of us can make that will have huge positive impacts on preventing harmful waste from damaging our environment.

As a result of increasing wealth and populations we are not only buying more items but there are increasingly more people creating waste on the planet. Factor in changing lifestyles where more and more of us are eating fast food, which generates a large amount of non-biodegradable waste, and we start to see the importance of recycling. What would it be like to live without plastic? How much waste could we keep out of landfills, waterways and oceans if we all refused single-use … END_OF_DOCUMENT_TOKEN_TO_BE_REPLACED